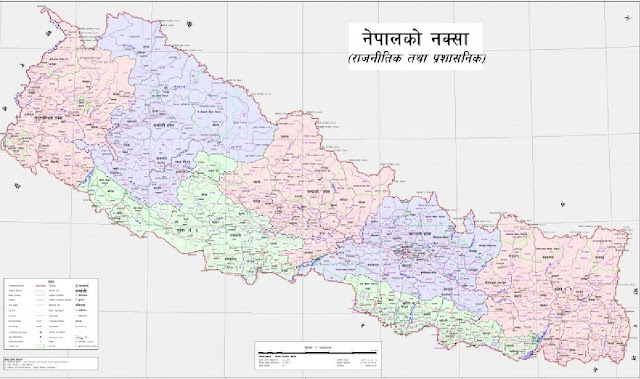 The Official new map of Nepal incorporating Liphiyadhura, Lipulekh, and Kalapani has been released on 20 May 2020 Wednesday. The cabinet meeting accepted the new modern map of Nepal on Jestha 5 as presented by the Ministry of land management, cooperation, and poverty reduction. The map of Nepal also has Gunji, Nabi, and Kuti villages too.

According to federalism, it also includes provinces and local bodies. Meanwhile, India claims that this region belongs to them and we have been doing so in china´s peer pressure. The government of Nepal Communist Party states that the land has been encouraged rather than being divided. Also the Sugauli Sandi clarifies that the origin of the Mahakali river lies in Limphiyadhura and people out there have been voted in Nepal and paid taxes to Nepal Government 60 yrs ago.

This implies the areas are of Nepal. The government of Nepal has also commanded the Armed Police Force (APF) of 25 to the region some days back at Chhangru. The topic got debatable when India officially announced the map of India including Liphiyadhura, Kalapani, and Lipulekh, and initiated the India-China roadway construction along with Nepal which is clearly a matter of land encouragement. Nepal government is preparing to send back the Indian Sashastra Seema Bal (SSB) from the Kalipani region. Watch Video :
Google Map of Nepal
Shares
NEXT ARTICLE Next Post
PREVIOUS ARTICLE Previous Post
NEXT ARTICLE Next Post
PREVIOUS ARTICLE Previous Post