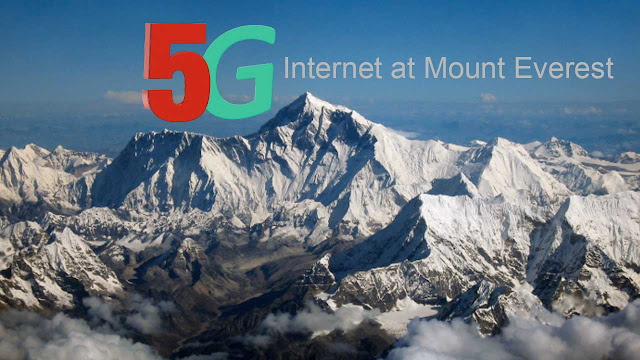 
The launch of the Gigabit optical fiber network at 5000M, China Mobile will now be able to operate it's dual Gigabit network as far as Everest, China Mobile's dual gigabit network base station is located on an altitude of 5,300M and Transition camp situated on 5,800M.

What is the 5G Internet Speed at Mount Everest?

The occasion of the 60th anniversary, first ascent of Mount Everest from North Side China has launched 5G Internet Service at the summit of Mount Everest. Huawei says: 5G network will also help accurate measurements of the height of Everest.