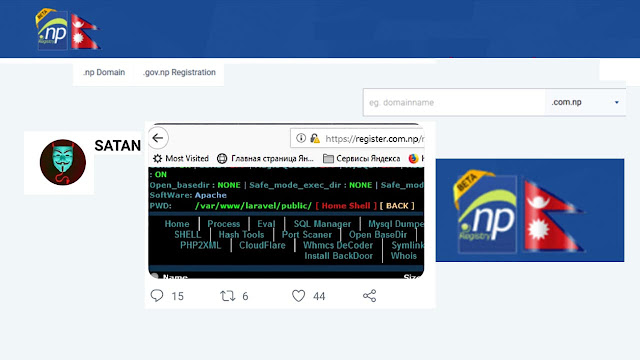 Hacker has attacked .np domain which had been making an approach in different webpage and data systems in Nepal. .np server managed by Mercantile Communication Private Limited has been attached.


Handle named SATAN on twitter has informed the loose security of the dot np domain server. The company informs that the hacker has tried to make an approach by attacking the .np server. However, there is no problem currently in the .np domain.

Mercantile Company imposed notice which notifies that the attack on the company's security system has been done around 10:37 PM on Monday. The company has planned to have an additional security system to avoid the attack. So .np domain has inhibited to register new websites. The Mercantile´s server had been attacked before this as well.


Mercantile Company has urged hackers through the server not to publicize anything if any data related to security has been stolen. Also Mercantile requested not to harm the system further. The Company has been freely managing the .np domain for twenty-five years and currently serving Eighty-three thousand (83,000/-) personal and occupational companies currently.